Languages of the Silk Roads

I typed into a search engine: “How many languages are spoken in India?” and found:

So, 122 languages for India. I searched for “How many languages are spoken in China?” and found 299 though many or most may be dialects of other major languages. That’s 421 languages in two countries.

Unquestionably thousands of other languages existed along the Silk Roads, most of which are lost though derivative and cousin/nephew languages probably survive in most cases.

An article on carivanistan.com has an interesting but far from complete list of Silk Road languages along with a map locating where they are spoken:
http://caravanistan.com/travel-tips/silk-road-study-russian-turkish-persian/

Russian and English along the Silk Roads
West of China and north of the Himalayas, all the way to Iran, with the exception of Pakistan, Russian is the lingua franca, though many especially younger people speak at least some English.
Traveling the Silk Roads during the past years I met many 2nd and 3rd generation Russian descent people living in Central Asia. Though many western “arm-chair” political analysts and historians tend to denigrate Russian influence in the region, in fact most indigenous Central Asians seemed to get along quite well with the 2nd and 3rd generation Russian immigrants who in some cases seemed to have dual citizenship. It wasn’t Russia that cut off Central Asia from the world some 500 years ago, but rather it was the littoral (coastal) states to the east and west. What development the Central Asian states have is primarily from Russian/Soviet influence, including, roads, hospitals, schools, subways (however antiquated) and so on. On the other hand, American industry has had some influence in some Central Asian countries, e.g. Uzbekistan has some American car factories, and Azerbaijan has some oil companies. But, for the most part, most of Central Asia is still economically underdeveloped even if they have natural resources and archeological ruins in their backyards, and Russian probably is the most useful language in the region. Also, they have clean air and time to watch clouds and play with their kids.

What languages does a traveler along the Silk Roads really need? Turkic, Persian/Farsi & Arabic, Hindi, Russian, English and Putonghua Chinese mainly. I got along fine traveling more than 13,000 km on the ground along the Silk Roads the past few years using just English, though a couple of times Spanish proved useful. Never did I need my Chinese except in China or Korean (except when I visited a Buddhist monastery in Tashkent). My tiny vocabulary in Arabic helped more than a few times though.

"To date, records of 28 different languages have been discovered in the Tarim Basin..." (around Turpan)
"The Iranian language called Sogdian was probably used as a common language by different cultures trading on the Silk Road. While dozens of languages were found in the Tarim Basin, the most common were Khotanese (koh-tah-NEES), Tocharian (toh-KAIR-ee-an), Sogdian, and Chinese. Many of the languages were also known in other regions of the world, but Tocharian was unique to the area, indicating that it was perhaps a native language. While questions remain over the identities of the inhabitants of this region, the written records they left behind provide clues to the many languages that were used and possibly spoken there.
https://www.penn.museum/silkroad/exhibit_daily_life.php

The first researcher of the Manichaean texts kept in the Asiatic Museum was it director (from 1890 to 1916) Academician Carl Germanovich Salemann (1849–1916). From the beginning of the 20th century up to his demise, he studied the Manichaean texts from Eastern Turkestan in the Middle Iranian languages: Middle Persian, Parthian and Sogdian. The collection of the Asiatic Museum (IOM RAS) included a considerable number of fragments of Manichaean texts in those languages, as well as in Chinese and Uighur... http://en.unesco.org/silkroad/themes/languages?page=1 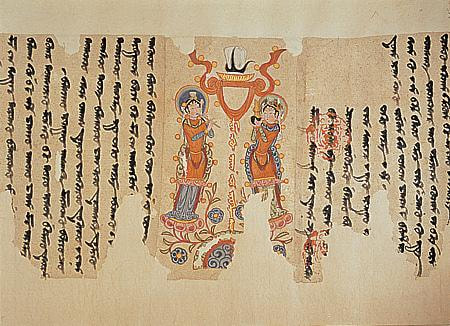 “Whoever has walked with truth generates life.”
An ancient Sumerian proverb
http://www.sumerian.org/proverbs.htm

Note: Below is a very short and incomplete list. Yet, It’s a start. Visitors to Silk Road Virtual University are welcome to contribute to this (and any) page to make it more complete. Please write to: editor@silkroadvirtualuniversity.org
CONTENTS (Below) 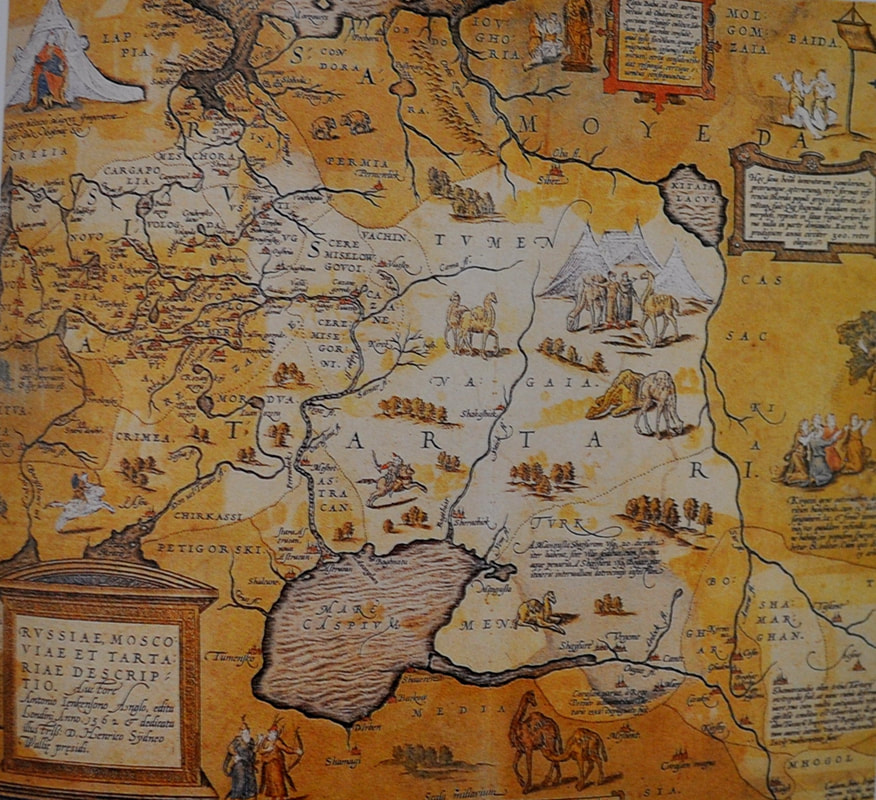 Tartaric Asia, Janonius 1562, Ashgabat, Turkmenistan Photo by G. Brundage
MAJOR MULTI-FACETED RESOURCES
Palaeolexicon is a tool for the study of ancient languages. Its name derives from the Greek words palaeo meaning 'old' and lexicon meaning 'dictionary'. If you're interested of the ancient world and its languages, then this is a site for you. It is a place for people who love historical linguistics and ancient history. http://www.palaeolexicon.com/Languages/Index

Wikipedia has an interesting list of ancient languages with links: https://en.wikipedia.org/wiki/Category:Ancient_languages
For a excellent list of different types of writing systems associated with different languages, with links, (Logographic, Logophonetic, Syllabic, Consonantal Alphabet or Abjad, Syllabic Alphabet or Abugida, and Segmental Alphabet) see: http://www.ancientscripts.com/ws_types.html

Oxford University Language Center: Ancient Languages (resources) http://www.lang.ox.ac.uk/ancient-languages#collapse1-0
To date, records of 28 different languages have been discovered (just in) in the Tarim Basin (northwest China).
The Tarim Basin was a multi-cultural area, even before the height of the Silk Road. So it is likely that residents would have known and used several languages. The Iranian language called Sogdian was probably used as a common language by different cultures trading on the Silk Road. While dozens of languages were found in the Tarim Basin, the most common were Khotanese (koh-tah-NEES), Tocharian (toh-KAIR-ee-an), Sogdian, and Chinese. Many of the languages were also known in other regions of the world, but Tocharian was unique to the area, indicating that it was perhaps a native language. While questions remain over the identities of the inhabitants of this region, the written records they left behind provide clues to the many languages that were used and possibly spoken there. https://www.penn.museum/silkroad/exhibit_daily_life.php University of Pennsylvania Museum of Archaeology and Anthropology
An interesting ancient language map can also be found on:
https://www.scribblemaps.com/maps/view/Silk_Road_languages/BA8vinWzhn

Akkadian
Akkadian was a Semitic language spoken in Mesopotamia (modern Iraq and Syria) between about 2,800 BC and 500 AD. It was named after the city of Akkad and first appeared in Sumerian texts dating from 2,800 BC in the form of Akkadian names. http://www.omniglot.com/writing/akkadian.htm This site has many excellent free resources – including a short dictionary, and links to many other ancient language sites.
Akkadian Lexicon: http://www.assyrianlanguages.org/hittite/en_lexique_akkadien.htm
https://en.wikipedia.org/wiki/Akkadian

Anatolian
The Anatolian languages are a family of extinct Indo-European languages that were spoken in Asia Minor (ancient Anatolia - now Turkey), the best attested of them being the Hittite language (see Hittite below). Others include: Palaic, Luwic, Cuneiform Luwian, Hieroglyphic Luwian, Lycian, Milyan, Carian, Sidetic, Pisidic, & Lydian (Adapted from: https://en.wikipedia.org/wiki/Anatolian_languages)
Learn how to write in Cuneiform. http://www.carolineludovici.com/learn-how-to-write-cuneiform.html

Aramaic
Part of the Northwest Semitic group, which also includes the Canaanite languages such as Hebrew and Phoenician. The Aramaic alphabet was widely adopted for other languages and is ancestral to the Hebrew, Syriac and Arabic alphabets. https://en.wikipedia.org/wiki/Aramaic_language
http://www.deadseascrolls.org.il/home

Assyrian
Assyria was the region in the Near East which, under the Neo-Assyrian Empire, reached from Mesopotamia (modern-day Iraq) through Asia Minor (modern Turkey) and down through Egypt. https://www.ancient.eu/assyria/
http://www.learnassyrian.com/assyrianlibrary/assyrianbooks/Language/01%20Aramaic%20(The%20Ancient%20Languages%20of%20Syria-Palestine%20and%20Arabia).pdf Free pdf download
http://www.omniglot.com/writing/assyrianneoaramaic.htm

Galatian
Galatian is an extinct Celtic language once spoken by the Galatians in Galatia mainly in north central lands of Asia Minor (modern Turkey) from the 3rd century BC up to at least the 4th century AD. https://en.wikipedia.org/wiki/Galatian_language

Hittite (An Assyrian language, also see Anatolian above)
Hittite is the oldest recorded Indo-European language, but it had remained completely unknown during the period in which Indo-European linguistics developed because its records are on clay tablets that were excavated only at the end of the 19th century. Even then, it was not identified as Indo-European until 1915, when Bedřich Hrozný made the discovery through his reading of tablets that had been brought to Vienna from the Istanbul Museum. https://lrc.la.utexas.edu/eieol/hitol
Hittite lexicon/dictionary: http://www.assyrianlanguages.org/hittite/en_lexique_hittite.htm

Indo-European Family of Languages
For a map, see: http://wals.info/languoid/family/indoeuropean#4/40.71/59.81

Iranian (Old & Middle)
The term Avesta -- from the Pahlavi, or Middle Persian, avestak -- is used to denote the sacred literature of the early Iranian people, which preserves the earliest collections of an Iranian language. Though its meaning is uncertain, it is likely that the term refers to either the collected texts themselves or to the sacred knowledge contained in them. The language is preserved in two dialect forms denoted as 'Old' and 'Young(er)' Avestan. It is likely, however, that there is an overlap in time between the latest Old Avestan and the earliest Young Avestan since they share certain features. It may then be assumed that the two dialects were spoken in distinct regions by independent tribes or clans. https://lrc.la.utexas.edu/eieol/aveol  https://lrc.la.utexas.edu/eieol_master_gloss/aveol/22

Mesopotamia
The principal languages of ancient Mesopotamia were Sumerian, Akkadian (Babylonian + Assyrian), Amorite, and - later - Aramaic.  They have come down to us in the "cuneiform" (i.e. wedge-shaped) script, deciphered by Henry Rawlinson and other scholars in the 1850s.  The subject which studies Mesopotamian languages and the sources written in them is called Assyriology. https://www.arch.cam.ac.uk/about-us/mesopotamia/mesopotamia-history/mesopotamia-languages
http://www.sumerian.org/sumlinks.htm (lexicon, articles, books, lectures, DVDs, CDs and a lot more)

Tocharian – Once spoken in Northwest China, Xinjiang region
https://lrc.la.utexas.edu/eieol/tokol/100
∞ ∞ ∞ ∞ ∞ ∞ ∞ ∞ ∞
COLLEGE/UNIVERSITY ANCIENT LANGUAGE PROGRAMS
There are many programs teaching ancient Latin and Greek. It was difficult to find programs in other Silk Road ancient languages. There’s a good probability that ancient languages can be learned in history and archeology departments as well. In the near future I will be writing to many asking about this, as the paucity of ancient language university programs I was able to easily find was/is somewhat surprising to me.
Germany: https://www.berliner-antike-kolleg.org/-/silk-road

Cornell University  Each year, the department offers language instruction in the four main languages of the Near East/Middle East: Arabic, Hebrew, Persian and Turkish as well as ancient and other less commonly taught languages, such as Sumerian, Akkadian and Ugaritic. http://neareasternstudies.cornell.edu/languages

Harvard University - The Department of Near Eastern Languages and Civilizations (NELC) encompasses the study of ancient and modern peoples, languages, literatures, cultures, and societies of the Near and Middle East. Languages include Akkadian, Arabic, Aramaic, Armenian, Babylonian, Egyptian, Hebrew, Iranian, Persian, Sumerian, Turkish, and Yiddish. https://gsas.harvard.edu/programs-of-study/all/near-eastern-languages-and-civilizations

Princeton University - Ancient Studies majors study Latin or Greek; they may also do work in another ancient language, such as Egyptian, Coptic, Biblical Hebrew, Syriac, or Targumic Aramaic.
https://www.princetonreview.com/college-majors/22/ancient-studies 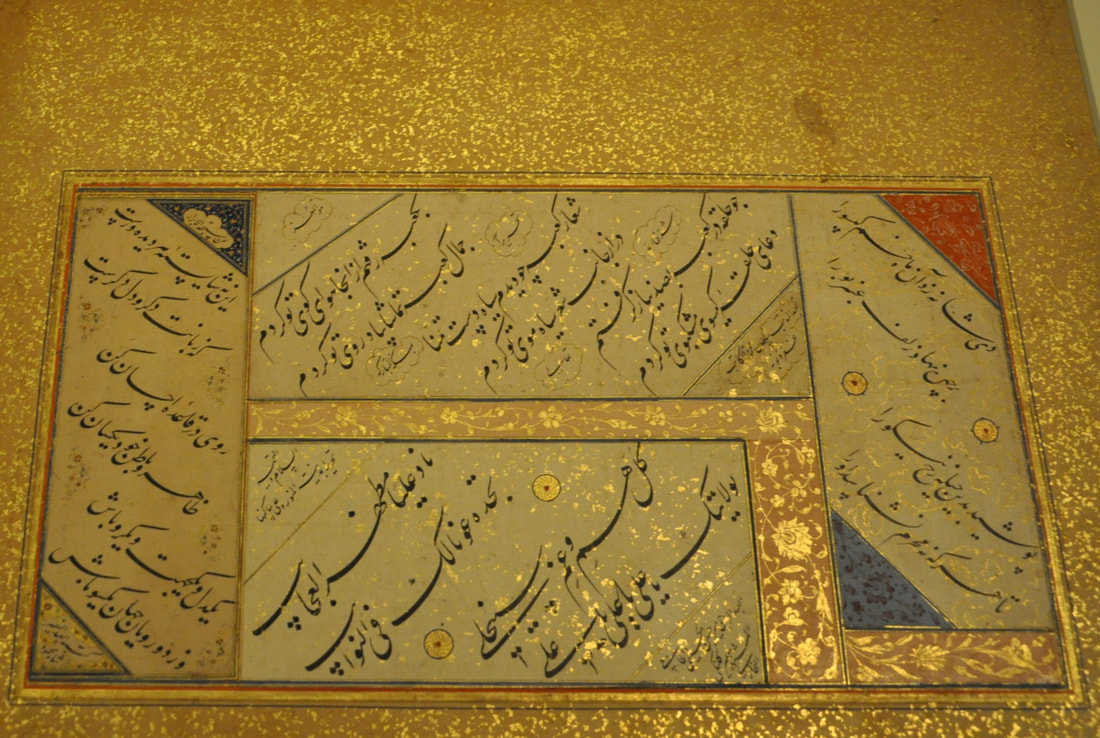